❶ From MA’AN NEWS AGENCY
ISRAEL ORDERS PALESTINIAN VILLAGE TO BE DEMOLISHED AFTER RAMADAN
July 16, 2015
HEBRON (Ma’an) — Israeli authorities ordered the demolition of homes in a village south of Hebron to be carried out after Ramadan. . .
____Rabbis for Human Rights and B’Tselem said in a statement that pressure from Israeli settlers had led to the decision to carry out demolition orders in the village of Khirbet Susiya. . . .
____The Israeli Civil Administration, the Israeli army, and the Coordination of Government Activities in the Territories (COGAT) office announced the demolition order to the villagers in a meeting on Sunday.
(More. . .)

❷ From THE MIDDLE EAST MONITOR (MEM)
SHOOT AND LIE: ISRAELI FORCES ARE KILLING CIVILIANS WITH IMPUNITY
Ben White (see end note)
July 15, 2015
[. . . .]
According to the recently-published UN Human Rights Council’s Commission of Inquiry, between June 12 and August 26, 2014, Israeli forces killed 27 Palestinians, including five children, and injured 3,100 others, including 460 children. Around a quarter of Palestinian injuries were sustained as a result of Israeli forces’ use of live ammunition.
____The Israeli soldiers who pull the trigger know there is almost no chance they will be held to account for the killing and maiming of Palestinian civilians. . . .
____ . . . . Indeed, the impunity enjoyed by Israeli armed forces in the killing of Palestinian civilians in the West Bank is significant in light of the preliminary examination being conducted by the International Criminal Court (ICC).
(More. . .)

❹ From PALESTINE NEWS NETWORK (PNN)
THE INTERNATIONAL COMMUNITY HAS FAILED THE PALESTINIAN PEOPLE
July 13, 2015
PLO Executive Committee Member Dr. Saeb Erakat today released a statement commemorating the 11th anniversary of the International Court of Justice’s historic condemnation of the Israeli annexation wall.
____Erakat said that despite the ICJ’s opinion that the international community bears responsibility for putting an end to Israeli crimes in Palestine, countries around the world have not fulfilled their obligations. . . .
____He said that the international community has failed to put enough pressure on the Israeli government to end its policy of settlement expansion (illegal under international law), and in fact the settler population increased from 425,000 settlers in 2004 to around 600,000 today.
(More. . .) 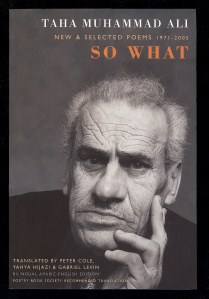 ❺ Opinion
From THE PALESTINE CHRONICLE
WHY PALESTINIANS FIGHT BACK: THE LOGIC OF LIFE AND DEATH IN GAZA
Ramzy Baroud
July 15, 2015
Another row is brewing between Israel and the Palestinian Resistance Movement, Hamas, over the release of Avraham Mengitsu. . . .
[. . . .]
Not only is Israel’s occupation of the West Bank the least costly of all illegal occupations in modern times, it is also the most profitable.
____Expecting Gaza not to resist is an invitation for Israel to complete its humiliation of the Palestinian people, to utilize the [Gaza] Strip for financial gains (for example, natural gas near the coast and racially segregated beach resorts, etc.), and to turn its men, women and children into cheap labor. . . .
____The failure of the international community to act following the last round of massacres in Gaza means that Palestinians there are on their own, at least for now. . .
____So, even if the math of Resistance does not add up – whether in unguaranteed prisoners swaps, or terrifying death tolls – Palestinians in Gaza will continue to resist.
(More. . .)

“ABD EL-HADI FIGHTS A SUPERPOWER,” BY TAHA MUHAMMAD ALI
In his life
he neither wrote nor read.
In his life he
didn’t cut down a single tree,
didn’t slit the throat
of a single calf.
In his life he did not speak
of the New York Times
behind its back,
didn’t raise
his voice to a soul
except in his saying:
“Come in, please,
by God, you can’t refuse.”
—
Nevertheless—
his case is hopeless,
his situation
desperate.
His God-given rights are a grain of salt
tossed into the sea.

Ladies and gentlemen of the jury:
about his enemies
my client knows not a thing.
And I can assure you,
were he to encounter
the entire crew
of the aircraft carrier Enterprise,
he’d serve them eggs
sunny-side up,
and labneh
fresh from the bag.

From: Ali, Taha Muhammah So What: New and Selected Poems, 1971-2005. Peter Cole, Yahya Hijazi, and Gabriel Levin, Trans. Port Townsend, WA: Copper Canyon Press, 2008.
Available from Amazon
Palestinian poet and short story writer Taha Muhammad Ali (1931–2011) grew up in Saffuriya, Galilee. During the Arab-Israeli war in 1948, he moved with his family to Lebanon for a year; he returned to Nazareth, where he owned a souvenir shop. Self-taught through his readings of classical Arabic literature, American fiction, and English poetry, Ali started writing poems in the 1970s. His collections in English include Never Mind: Twenty Poems and a Story (2000) and So What: New and Selected Poems, 1971–2005 (2006).
(More. . .)

Reporter Ben White. “Ben White is a freelance journalist, writer and activist, specialising in Palestine/Israel. He has been visiting the region since 2003 and his articles have been widely published in the likes of The Guardian’s Comment is free, Al Jazeera, Electronic Intifada, New Statesman, Salon, Christian Science Monitor, Middle East International, Washington Report on Middle East Affairs, and others. He currently works as a writer and researcher for Middle East Monitor and Journal of Palestine Studies.”
(More. . .)