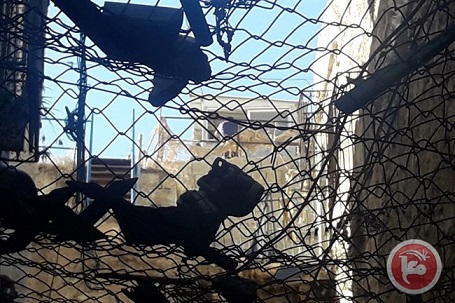 SELECTED   NEWS   OF   THE   DAY. . .
|    PCC  DECIDES  TO  SUSPEND  RECOGNITION  OF  ISRAEL
The Palestinian Central Council (PCC) decided on Monday, a day after meeting in the central occupied West Bank city of Ramallah, to end all commitments in agreements the Palestine Liberation Organization (PLO) has signed with Israel, suspend recognition of Israel until it recognizes the State of Palestine, end security coordination and end the Paris Economic Protocols.    ___The PCC said in a statement “In view of Israel’s continued denial of the signed agreements, the PCC, in confirmation of its previous decision and considering that the transitional phase no longer exists. . .     More . . .

The  wording  from  the  Final  Statement:
. . . . In view of Israel’s continued denial of the signed agreements and the ensuing obligations, the Palestinian Central Council reaffirms its previous decision considering the transitional phase no longer exists, decides to end the obligations of the Palestine Liberation Organization (PLO) and the Palestinian Authority towards its agreements with the occupation authority (Israel), mainly suspending recognition of the State of Israel until its recognition of the State of Palestine on the 4 June 1967 borders with East Jerusalem as its capital, the cessation of security coordination in all its forms, and economic disengagement on the grounds that the transitional phase, including the Paris Protocols, no longer exist, and on the basis for identifying practical pillars and steps to continue the process of transition from the stage of Authority to the embodiment of the independence of a sovereign an independent state. . . Complete . . .

|    PALESTINIAN  KILLED,  DOZENS  INJURED  DURING  GAZA’S  14TH  NAVAL  MARCH  (VIDEOS)
A 27-year-old Palestinian was shot and killed by Israeli forces, while dozens of others suffered from tear-gas inhalation, on Monday, during the 14th naval march at the northern borders of the besieged Gaza Strip.    ___A Ma’an reporter confirmed that Muhammad Abed Abu Ubada, 27, was killed by Israeli forces during the 14th naval march, which set off from the Gaza seaport, in protest against the 12-year Israeli siege.    More . . .
. . . . Related  JEWISH  SETTLERS  BLOCK  TRUCKS  FROM  ENTERING  GAZA
|      IOF  UPROOT  200  OLIVE  TREES,  RAZE  LANDS  NEAR  HEBRON
Israeli occupation forces (IOF) on Monday uprooted 200 olive trees, and uprooted 13 dunums of agricultural land in the town of Beit Ula, west of Hebron.    ___Head of the Farmers Services Department at the Hebron Agricultural Department Hashim Badarin said that the occupation forces stormed the Khirbet Kharouf area west of the town of Beit Ula, uprooted 200 olive trees planted ten years ago, and destroyed the fence and chains surrounding the targeted land.    ___The farmer and landowner Hijazi al-Tarshan said that the occupation forces are pursuing a policy of uprooting of trees and trying to prevent farmers from working in their lands in this area near the wall of racist expansion in preparation for the seizure.    More . . .
. . . . Related  IN  VIDEO  –  ISRAELI  SETTLERS  SEIZE  PALESTINIAN  HOMES  IN  HEBRON
|    PMA  BUSINESS  CYCLE  INDEX  SHOWS  DECLINE  IN  THE  WEST  BANK  AND  SLIGHT  IMPROVEMENT  IN  GAZA  STRIP
The PMA has released the results of its extended Business Cycle Index (extended PMABCI) for October 2018. The results revealed that the overall index fell during October due to the decline in the West Bank’s index, despite the slight improvement in Gaza Strip’s index. As such, the overall extended PMABCI dropped from -3.2 points in September to around -5.9 points in this October. However, it remained slightly higher than the index of October 2017 (-7.6 points).    More . . .

COMMENTARY    AND    OPINION. . . .
|    THE  PALESTINIAN  ECONOMY  IS  A  RESISTING  ECONOMY
By Palestinian Prime Minister Dr. Rami Al-Hamdallah
The State of Palestine constantly confronts critical economic and social obstacles due to the policies the Israeli occupation limitlessly imposes on the Palestinian people and their land.  Speaking unconditionally, these policies target all factors of production including land, resources, and labor. Nonetheless, this noble nation has always strived to live and coexist. The creative Palestinian citizen fulfilled significant achievements and left fingerprints on all disciplines and sectors.  In this context, I will present, with numbers and statistics, a series of changes in the economic reality in Palestine.    More . . .

NOTICES  FROM  ORGANIZATIONS. . . .
|    BRIGHT  STARS  OF  BETHLEHEM  –  DAR  AL-KALIMA  UNIVERSITY.  2019 Leadership Program in the Holy Land.  March 25-April 8, 2019.
This program offers new and creative ways to understand and respond to the context of the Israel/Palestine conflict. It raises the possibility of different strategies for resisting the power of empire and supporting those who both struggle against it and suffer its daily injustices and violence. This is an in-depth program during which new insights, experiences and strategies will be explored.  Information and Registration.

“HOLY  LANDERS,”  BY  LAHAB  ASSEF  AL-JUNDI
Listen!
You are fighting over a land that can fit,
with wilderness to spare,
in the Panhandle of Texas.

You are building walls to segregate,
splitting wholes till little is left,
killing and dying for pieces of sky
in the same window.

The olive trees are dying
of embarrassment.
They have enough fruits
and pits for all of you.
All they want is for you to stop
uprooting them.
Sending your children to die
in their names.

Listen!
Your land is no holier than my backyard.
None of you is any more chosen
than the homeless veteran panhandling
with a God Bless cardboard sign
at the light of Mecca
and San Pedro.
Draw a borderline around the place.
Call it home for all the living,
all the dead
all the tired exiles with its dust
gummed on their tongues.

There are no heroes left.

From BEFORE  THERE  IS  NOWHERE  TO  STAND:  PALESTINE  ISRAEL  POETS  RESPOND  TO  THE  STRUGGLE. Ed. By Joan Dobbie and Grace Beeler. Sandpoint ID: Lost Horse Press, 2012.  Available from B&N.